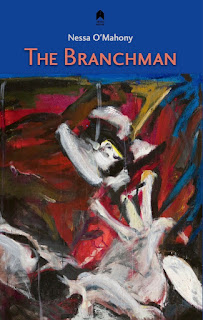 Dublin-based writer Nessa O’Mahony is the next guest in artist collective Group 8’s Art & Words series of talks in Ballinasloe. She will appear at Gullane’s Hotel, Ballinasloe, on International Women’s Day, Friday March 8th at 7pm. Nessa will give a reading from her début crime novel The Branchman and she will be interviewed by Group 8 member, Nuala O’Connor. Admission is free. Refreshments will be served.

Nessa’s novel The Branchman was published in late 2018 by Arlen House. Set in Ballinasloe in 1925, it features Detective Michael Mackey, ex-British Army and Civil War veteran and one of the first members of the Free State’s new elite Special Branch. Mackey is assigned to the Garda Barracks in Ballinasloe and uncovers a plot by subversives to disrupt the peace.

The novel is inspired by the real-life adventures of Nessa’s grandfather, Michael McCann, who was a member of the original Special Branch and was stationed as a Garda in Ballinasloe from 1929 to 1945.  Donal Ryan has described the novel as ‘a taut and absorbing thriller’ while writing in the Irish Times, Declan Burke said that ‘most fascinating, perhaps, is O’Mahony’s evocation of the wider political backdrop, that fragile, imperfect peace that took hold in the wake of the War of Independence and the Civil War.’ 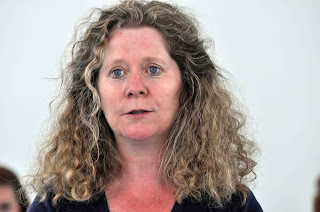